This page is a hub for all the public talks I give.  If you click the links below, there will be a short description of the talk, along with a media player to stream or download the talk.

The majority of them were recorded during the Tuesday night Path of Sincerity Sangha, and are mostly around 30 minutes long.

Since summer 2019, the talks have largely moved through the major “lists” found in Theravadan Buddhism. In turn, the talks below are listed in reverse chronological order, with only slight breaks in the series.

This series explores some of the key teachings of my teacher, Sayadaw U Tejaniya.  He is a Burmese monk who focuses on the development of awareness & wisdom, not just during sitting meditation, but all across the day, in a way that’s relaxed, interested, and consistent.

Every so often I think it’s important to drop back into the foundations.  In turn, here are two talks that cover the foundational Buddhist philosophy / view, and also the primary meditation practice of the tradition. 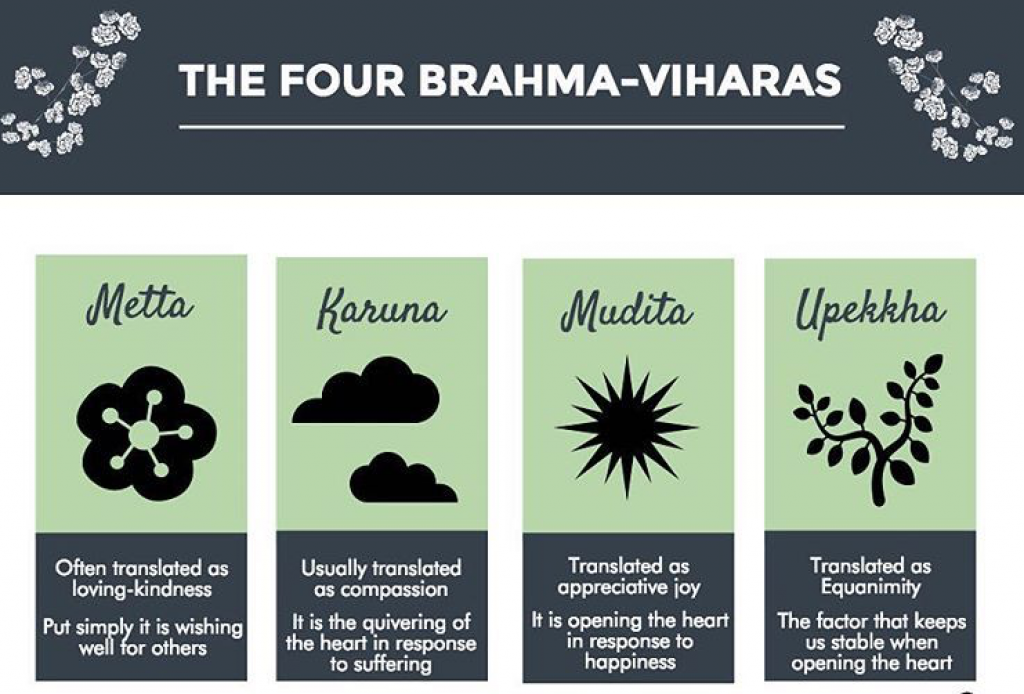 Translated as the sublime attitudes, the four immeasurables or the divide abodes, the Brahma Vihārās represent some of the central heart qualities of the path.  They guide the way we relate to others, ourselves and the various circumstances of life.  While sometimes meditative traditions can focus a lot on the stillness/wisdom side, it’s essential to have a practice that’s full of heart.

Here are a few talks from after the Brahma Vihārā series that stayed on a similar theme: 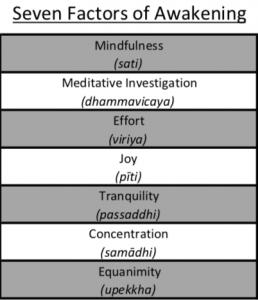 The Seven Factors of Awakening

The Seven Factors of Awakening (satta bojjhaṅgā) are seven specific inner qualities that when developed fully, result in awakening.  They are one of the most essential lists in Buddhism, and are a powerful set of qualities we can really dig our teeth into, and step into greater well-being and less suffering.

Here are two bonus talks on parts of “Transcendental Dependent Arising,” which is a complimentary list that likewise points directly to Enlightenment: 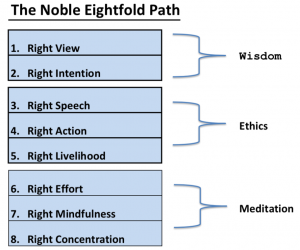 The intro talk for the series has been lost, although the Noble Eightfold Path is the Buddha’s tangible instructions for how we can awaken. It’s traditionally divided into three sections/trainings: wisdom, ethics & meditation. As wisdom and meditation get talked about a lot in Western Buddhism, I spent extra time in this series fleshing out ethics (sila) to provide a more well-rounded understanding of how deep and powerful of a training it can be.

One of the primary resources for this series was this book by Bhikkhu Bodhi, which provides an excellent traditional overview.