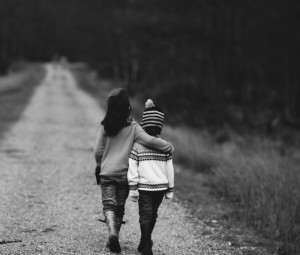 In today’s post, I will talk about the difference between two closely related ideas: authenticity and sincerity.

These two qualities have a ton of overlap – they both imply being true to yourself, to not putting on pretenses, to deeply committing oneself to transparency, honesty and genuineness.

It’s not easy to do this.

Sometimes being true to oneself means doing things that are uncomfortable, like being vulnerable and sharing our true perspectives & feelings, or making bold choices, like choosing a line of work that’s in line with our passion but is less secure, or ending a relationship that “works” but deep down we know isn’t fulfilling.

There’s a way that this can be uncomfortable for ourselves, but often times, it’s also uncomfortable for those around us.  If, for example, we assert a boundary in a relationship, this might not be easy for someone near us.  If we move to a different area code, change jobs, or make significant shifts to our lifestyle, this can have real implications for those around us.

But if we’re willing to work through that un-ease, there’s a profound reward: the peace of mind from knowing we’re living truthfully.

If a person has spent their entire life living this way, there really are no regrets.  There’s an ability to rest in the present and to trust that things will work out, because if we just keep following our inner voice, we know it will always point us in the right direction.  And, if for a moment we should veer off course and do something that isn’t really “true” for us, we know our inner voice will get us back on track sooner rather than later.

Living truthfully, and being able to listen to our heart unapologetically is one of the essential life skills I would love for everyone to have.

However, there’s also two distinct ways to go about living truthfully, that are really quite different: sincerity and authenticity.

Basically, you can be authentic and still be a jerk, but it’s impossible to be sincere and be a jerk.

Think about it.  Is there anyone you know that you would call a very sincere person that’s also a jackass?  I haven’t.

However, I have certainly met some rude, insensitive and abrasive people who were extremely authentic, but I would absolutely not call them sincere.

One scholar defined sincerity as, “being true to oneself with an eye to others.”

But it’s much bigger than just “an eye to others.”

The path of sincerity, opposed to authenticity, is about seeing a world bigger than just ourselves.  It’s about expanding beyond selfishness.  It’s about deeply considering our impact in the world, and knowing that there’s a a lot of cadence and nuance into how we live our truth.

For example, I recently had an interaction with someone who was really rude to me.  At some point in the conversation, I started to feel a little agitated and noticed an impulse to make a snarky comment.  This certainly would have been “authentic,” but at the same time I tuned into my genuine desire to be a force of kindness in the world, and to see the best in people.  In turn, I felt the surge of anger, acknowledged its presence in my being, but didn’t act on it.  I remained committed to my deeper truth, and after I left, I felt that deep peace of mind of being true to myself.

However, sincerity isn’t always so straightforward, particularly in close relationships when our genuine needs/desires are different than our companions.  Part of this path is being able to stay present amidst those murky waters, and see both the importance of our truth, and their truth, and trust our deeper wisdom to handle it with care, compassion and discernment.

In brief, authenticity is a more broad word that points at the entire spectrum of being true to yourself, whereas sincerity is more focused, and brings in wisdom, care and a perspective greater than oneself.

As a final point, it’s worth noting that most babies are very authentic – there’s something more innate and natural about this mode.  Of course, modern society often stomps the authenticity out of us, and just re-learning how to be authentic can be a huge step.

However, basically no one is born sincere – it’s something we develop, cultivate and train over the years.  Things like meditation and spiritual traditions help.  So too does being in close relationship with other people who really care, and learning from each other.  It’s a tall enough task and a worthwhile enough endeavor that I even named the blog after this quality!

If being true to oneself brings on a deeper layer of peace and happiness, adding in the eye to others helps take it to the next level.

A former Buddhist monk, David Sudar is now based in Portland, Oregon as a meditation teacher and mindfulness coach.