This blog revolves around the idea of sincerity, which is really nothing more than living truthfully.  However, even though sincerity is quite simple, truth is a little more complicated.

Let’s say your friend has you travel an hour to meet him somewhere.  Once you arrive, he texts you to say that he got caught up in some things, and won’t be able to make it.  He texts you that AFTER you arrived!!!

You feel irritable and angry, and are tempted to lash out.  However, you also have a deep rooted intention to be kind in the world.

What to do?  What way of responding would be most truthful for you?

By the end of this post, you will have a better sense of the most sincere response.

For starters, there are basically three levels of truth: psychological, emotional and spiritual.  The secret to a life of sincerity is becoming intimate with all three, recognizing their realities and their limitations. 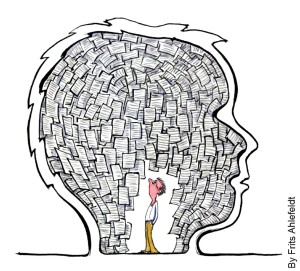 On a conscious level, these are the actual thoughts that are floating through your mind-stream.  When you are alone, this is called the “inner dialogue.”  When you are with other people, this is just conversation.

However, we share lots of thoughts (both to ourselves and others) that aren’t necessarily the truth.  Maybe in the above example, you might tell your friend, “oh, it’s okay, I don’t mind,” when in reality your actual psychological truth is more like, “what a jerk!  I can’t believe he had he me come all the way over here!”

On a subconscious level, psychological truth refers to the thoughts/beliefs/values that form our world view.  Our minds are like a fancy computer system.  These “subconscious thoughts” are the basic programming.

Just as a computer’s programming might lead to visuals on a screen when you press certain buttons, so too do our “subconscious thoughts” lead to the things that flow through our inner dialogue.

In the above example, your subconscious psychological truth might be, “people should respect one another,” or “it’s inconsiderate to cancel last minute,” or “it’s bad to be inconsiderate or disrespectful.”

If you were strictly practicing psychological truth, you would tell your friend exactly what you were thinking, or you might notice your deeper subconscious thoughts, and engage with your friend in an interesting discussion on your values, maybe even establishing some future boundaries.

However, psychological truth is just one sliver of the whole picture.

After receiving your friend’s text message, your obvious emotional truths are probably anger and irritation.  If you looked even closer, you’d probably notice some sadness and hurt, and maybe even shame, loneliness or depression.

However, a lot of people don’t have a good awareness of their feelings.  They might sincerely say, “I’m not feeling anything,” or “I’m fine.”

Even in these cases, what they’re feeling is a sort of solidity, blankness or numbness, which is actually a feeling!

And yet, while numbness might be the first feeling they can identify, given a little mindfulness practice, nearly everyone can eventually come into a better awareness of their emotional truth, and detect the anger, sadness, shame and many other feelings that might be simultaneously flowing through them.

In other words, to be emotionally truthful first assumes we have some degree of self-awareness where we actually know what our feelings are.  The second part is owning those feelings.

I spent the first 25 years of my life believing that I never got angry.  Part of this was poor self-awareness.  But a bigger part was that I was totally deluded and lying to myself.  I didn’t want to believe that I had those emotions, so I pretended they didn’t exist, letting out my anger passive-aggressively.

In the ongoing example, to be emotionally truthful would mean to share with your friend the emotions you’re actually experiencing.  It would simply say, “hey bud, in hearing that you can’t come after I’ve already arrived, I’m filled with anger, and also a little sad.”

There’s no blame here.  No story.  No interpretation.  All that is on a psychological level.  Emotions are a lot rawer and more straightforward.

However, emotions are also just another sliver of the whole picture. 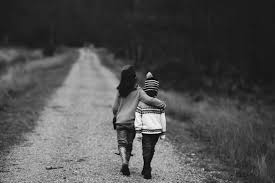 Sometimes called ultimate or absolute truth, spiritual truth’s defining quality is that it’s always present for all people at all times.

A good metaphor for spiritual truth is the “laws of nature” in science, like gravity.  We might not be consciously aware of gravity’s presence, but that doesn’t mean it’s not working in the background at all times.  Of course, we could move through life never paying any particular attention to gravity, but the more deeply we understand it, the more smoothly we’ll be able to move through life.

As far as I can tell, all spiritual truths roughly condense into two categories, best summed up in one of my favorite quotes by Sri Nisagaradatta Maharaj,

In other words, there’s a truth of love / interconnectedness.  When this truth penetrates us, we see the world with reverence and wonder, finding magic and beauty and joy in all its unfoldings (even the painful ones).  As the word “love” suggests, this truth also leads to engaging with other beings with unconditional acceptance and goodwill (even when other parts of us may wisely erect boundaries).

On the other side, there’s a truth of selflessness.  When this truth penetrates us, we see that nothing is worth getting worked up over—everything is what it is.  This is sometimes called “perspective.”  On a subtler level, this truth dives into the question “who am I?,” and shows us that our deepest self is not found in psychological or emotional truth—it’s found in the raw awareness of those things.  The more deeply we uncover this truth the more we move through life with spaciousness and peacefulness.

As the quote suggests, these two spiritual truths work in tandem—as selflessness makes our psychological and emotional truths less sticky, we’re able to more fully embody that deep, deep truth that’s at the absolute core of our being—love and well-wishing towards everyone.

In the ongoing example, if you were to express your spiritual truth to your friend who just cancelled on you, you might realize very deeply that it’s not a big deal, and say, “hey friend, I love you, and hope you’re well.”

The tricky thing is that you can’t fake spiritual insight.  You can’t just think your way to love and wisdom.

In other words, when a great saint says, “hey friend, I love you, and hope you’re well,” they could say that and genuinely mean it, letting go of the whole incident.

Inversely, many people who are spiritually inclined (but not at a saint level) might say the same thing but actually be suppressing their emotional and psychological truths, silently boiling or maybe gossiping about their friend’s poor behavior.

The first thing to know here is to not shame yourself for not being a saint!

The second thing to know is that spiritual truth develops organically.  The more you engage in spiritual practice, like meditation, the more spiritual truth subtly seeps into your interactions (without you even realizing it).  This is the point when it’s actually your truth—when it comes up experientially, not through thoughts.

However, even though spiritual truth is “the third level of truth,” it’s not the final destination—it’s also just one sliver of the whole picture. 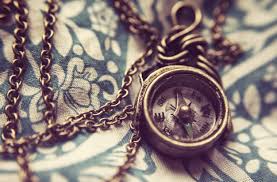 How to Navigate these three truths?

Like I said in the beginning, sincerity is simple—just live truthfully.

In a strange way, it’s easier for an un-evolved person to live truthfully, because they have little spiritual insight and don’t really know their subconscious “programming” or even what they’re feeling.  They just act impulsively at the most superficial level of truth.

However, the more our awareness of the three levels grows, we see they all exist alongside one another—and, importantly, how we actually have some choice.

We know our present thoughts and the beliefs underneath them.  We have a high emotional literacy.  At the same time, we see that our “core self” is something so much deeper, and we feel a stronger and stronger pull to love.

The key way to navigate this is to validate all three of these levels, while also continually reaching for the deepest layer of truth that we can access in the present moment.

I would be honest with my friend about my anger and sadness.  I would notice my negative thoughts.  I might inquire why and notice that a value important to me was violated—respect and consideration.

At the same time, I would drop into whatever spiritual truths were available to me—acknowledging it’s not actually that big of a deal, that it’s just another moment of passing time, and in that, tuning into how I really do care about my friend and hope they’re okay.

I would respect all three of these levels, and choose my response based on a number of factors, like how close we were or if it had happened before.

I might first vocalize some compassionate response, like, “hey buddy, I’m sorry to hear that, is everything okay?”

Assuming things were okay, I might then say, “I’m glad to hear you’re alright, but I just spent an hour getting here, and now that you’re not coming, I feel a lot of anger.  It’s important to me that I can trust what people say.”

To walk on the path of sincerity is to dive into all levels of our truth.  We don’t just live in a place of blissful spiritual love, but we embrace the shit as well.  Over time, we learn more and more skillful ways of integrating them all.

The people you see in the world that seem really sincere are just people who have taken a deep plunge into their own truths. 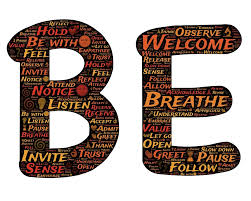 When I teach meditation, one of my favorite exercises simply points people at their present moment psychological and emotional truths.  There’s so much power in realizing what’s happening for us right now.

So how about you?  What are two emotions or feelings you’re experiencing right now?  What is the primary story-line in your inner dialogue?

If you take about five seconds to rest with those truths, do you notice any love or wisdom that is now more accessible to you?

This is the beginning!