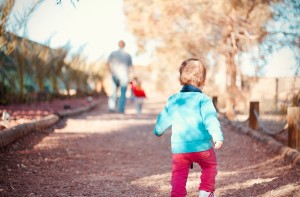 The deepest answer to the question “why meditate?” doesn’t come from an intellectual analysis.  It comes from a heart or gut-level “inner knowing.”

It’s similar to how a toddler learns to walk.  They don’t write out a pro’s and con’s list.  They don’t procrastinate for a few years.  Rather, they have some very deep impulse that pushes them into actually walking, rather than sitting around thinking about it.

Today, I’ll detail the four sources of inner knowing, and how answering “why meditate?”  on this level is the key to having a consistent meditation practice. 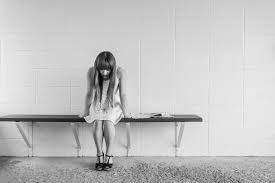 Before I got on this path, I felt a deep existential void or emptiness.  In turn, I distracted myself with work, alcohol, socializing and/or general busyness.  Eventually, I grew more and more tired of this way of life.  I became desperate to be break free.  Around then, I felt an intense motivation to really meditate and “go deep.”

For me, it was that depression/emptiness place, but it can also be things like a death, a break-up, physical illness, overwhelming anxiety, or getting disillusioned with the rat-race.

It’s also not aways so “obvious.”

For example, it could be growing tired of constantly getting into fights with our partner.  Realizing how nauseating it is to compulsively think every free moment.  Feeling that life is a little blah or dull.  A sense of stuckness in some pattern, belief or behavior.

It also evolves over time.

My initial motivation came from the suffering of the void.  Over time, as my awareness has deepened, I’ve become aware of subtler emotional and thinking patterns that cause me pain.

Every time we notice one of these layers of pain, there’s some “inner knowing” that pushes us towards awakening. 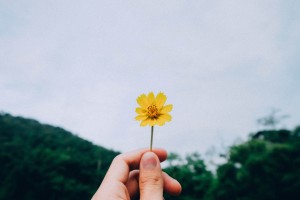 2) Having had a taste of the meditative fruits

When I was feeling that void, I “tricked myself” into taking an intensive, month-long yoga course.  A few days after the course, I had a meditative awakening that radically changed my experience of reality.  After that, the inner knowing became so strong that it felt easy to make time for meditation.

Other people have gotten major tastes through psychedelics, meditation retreat, yoga, song, dance, prayer or being in nature—or, maybe it wasn’t through anything specific, and just happened randomly, like in the shower.

Often times, it’s simply that people start dabbling in meditation or yoga, and after a little while they realize a number of benefits.

Maybe it’s that they are more relaxed, less stressed and have more clarity of mind.  Perhaps they notice their relationships are improving.  Or maybe they just feel good after doing it.

Early on in the meditative journey, it’s really important to notice and celebrate the little tastes.  They offer important juice to keep us going.

As a general rule, the more deeply we taste the fruits of meditation, the more we feel naturally motivated to keep doing it. 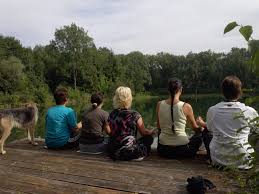 3) Connecting with others on the path

When I moved back to Portland after monk-hood, I wanted to find a group of people (or a teacher) that really inspired me to keep practicing.  The traditional word for this is “sangha,” or spiritual community.

There’s something really inspiring about regularly being around people who are sincerely devoted to the path of awakening.  While these connections can definitely happen with one-off friendships or mentorships, I want to focus on formal meditative communities.

If 10 people regularly come to a weekly meditation group, a big reason why is that they all have at least some inner knowing.  In other words, if you’re person 11, you get to connect with a community of people who already have some inner knowing.

As we are very much a social species, this sentiment is quite contagious.  Especially if one of the activities of the group is to actually meditate together.

You’ll probably notice the day after a group gathering, you’re a little more naturally motivated to meditate than usual.

The power of connection is very real, and I widely encourage everyone to find “sangha,” even if it’s just a single friend who lives the path. 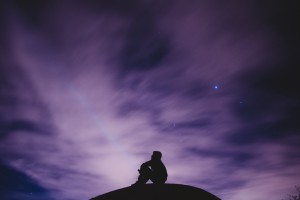 There is some drive in all of us that is deeply curious about what’s possible in life.

When I was 13, my family and I took a week-long trip to rural Guatemala.  I became enamored with international travel, and went on to spend nearly five years abroad, traveling, working and studying.

Immersing myself in other cultures was a way to explore the depths of human experience—to find happiness.

However, there was a part of endless traveling that began to feel unsatisfying (some suffering/pain kicked in), and after trying numerous other things to be truly and deeply happy, I eventually started exploring yoga and meditation (and have yet to stop!).

The Dalai Lama once said that the deepest human drive was to be happy.

Some part of us comes to meditative practice out of that drive.  Often times, we’ve already tried a number of other things, probably gotten various levels of success, and still felt something lacking.

Meditation is a gateway that’s been used for at least thousands of years.  It’s not some new invention.  It’s the place that our deepest drive naturally goes towards, gets curious about, longs for, and wants to plunge more deeply into.

More traditonally, it’s a response to the universal question, “what is the meaning of life?” 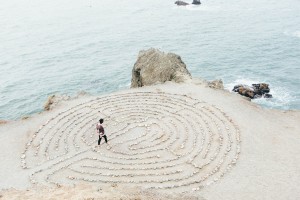 How to answer “why meditate?”  for yourself

Unfortunately, we can’t really force an inner knowing.  We also can’t think or analyze our way to it.  Instead, here’s a few helpful strategies:

One way is to “trick yourself.”  This might mean signing up for a retreat, committing to a month of daily meditation, joining a meditation group, or getting a mindfulness coach.

Another way is will-power and discipline.  Like someone training for a marathon, you simply just sit and do it every day.  While this can be initially difficult, if you stick with it, your inner knowing will eventually follow (just as a marathon runner will eventually be able to go for 26 miles).

A third way to build the inner knowing is to take stock of your life right now.  Notice if any of those four reasons are already present.  If you find any resonance, lean into that a bit more.

I’d like to end with this last one.  There was lots of information here.  But let’s get out of the head, and into the heart.

Ask yourself now, “why meditate?”

Instead of answering cognitively with various benefits you’ll get from meditation, just sit with the question in silence for a few moments, and see if there’s some part of you that feels moved, or that just knows.

It’s a heart or gut-level thing.