The following essay on veganism is a personal sharing, and is more about expressing my own sincerity journey than it is about evangelizing a particular ideology.

I don’t judge people who eat meat or animal products.  I also don’t have a problem sharing a kitchen or a meal with those who have different dietary habits.  My basic life philosophy is that the best way to impart change is to dare to be radically myself, discover my own integrity, and to give others the space to do the same.

May this reflection be helpful in some way, fellow journeyer!

For a variety of reasons, I became a vegetarian in 2009.  Although, as the years passed, only one of those reasons really stuck: I couldn’t justify the killing of another living being when there were plenty of other ways to get easily & fully nourished.

However, I never thought too much about becoming vegan.  Using animal byproducts wasn’t outright killing living beings, I thought, so what’s the big deal?

As the story goes, last October I started to learn about the mechanics of the dairy industry.  It struck me that continuing to eat dairy – even from the “conscious” farmers who don’t use growth hormones or do factory farming – was essentially lending my support to an industry built on rape, baby stealing and murder (on very large scales).

It might sounds extreme to use words like rape and murder.  However, if there were a huge industry using the exact same practices on humans, everyone would be using those same words!  I don’t understand why we use more watered-down language  just because they are cow-mammals instead of human-mammals.

Anyhow, as I learned about the intricacies of that industry, I couldn’t in good conscience continue eating dairy.  When I told this to some friends, two people who’ve lived with me jokingly asked something like, “how are you going to survive without eating quesadillas!?”

This is to say I used to eat a lot of cheese!  Part of this was likely due to growing up in Wisconsin, “America’s Dairyland,” where it was practically one of the main food groups.  It was certainly not convenient to give it up.

However, my values won and after a two month trial run, I decided to officially give up dairy on January 1st.

Seven months later, I can say it’s been incredibly easy.  When we have a strong conviction, we can accomplish just about anything.  I don’t even think about consuming dairy anymore.

I know being a vegan is much bigger than just dairy.

Personally, I don’t eat eggs because I have a mild intolerance to them, so that was a non-issue.  Although, this shift in values has got me to seriously reconsider and alter my relationship with leather, wool and honey.  I don’t necessarily abstain from using them, but I’m much more judicious than I used to be.

My guiding criteria is the question, “is engaging in this action causing unnecessary harm to living things?”  It’s sometimes really hard to be honest with myself about the answer, as well as my commitment to it, but it continues to be one of my practices. 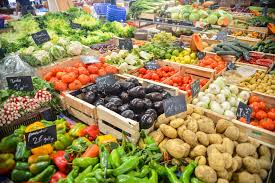 So how do I stay healthy?

When I talk to people about being a vegan, the main question I get is how I stay healthy.  Usually, I like to point out that plenty of people eat unhealthily.  I don’t actually believe our health has that much to do with whether or not we’re a vegan, meat eater or anything in between.

Instead, since 2005 I’ve more or less followed Dr. Andrew Weil’s Anti-inflammatory Diet, which works regardless of being a meat eater or vegan.  By following it, I’ve consistently enjoyed good health (minus some challenging years living in Asia & Latin America, where it wasn’t always possible to do these things).  Here’s my adapted version of his diet:

If a simple and accessible way to healthy living appeals to you, I highly recommend Dr. Weil’s books, “Eight Weeks to Optimum Health” and “Spontaneous Happiness.”

This is a rough example of what leads me to use alarming language about how the dairy industry works.

Let’s say Joe Farmer has 20 dairy cows.  He will artificially impregnate the females every single year so they can produce dairy milk (that is; until they get too old to produce a sufficient amount of milk – then he promptly has them murdered).

As soon as those dairy cows give birth, he separates the babies from their mothers (as cows are mammals with a deep emotional reality, the mothers wail and bellow for several days).

As soon as possible, the baby girls are started on the cycle of artificial impregnation (ladies – imagine someone shoving a pole up your vagina once a year, so that you get to live pretty much the entirety of your life being pregnant – sound appealing?).

The baby boys are promptly sold off to ranchers who will feed them until they have enough pounds of fat on their body, at which point they will be murdered as well.

As there’s lots of money in this whole process, this cycle is repeated in increasingly large numbers.

In hearing this, I find most people are either heartbroken, desensitized or in disbelief – it’s almost too much reality to bear.

It seems to me a marker of a life well lived is our capacity to align our actions with our values – whatever those may be.  With that, I end these reflections of another journeyer on the path =)