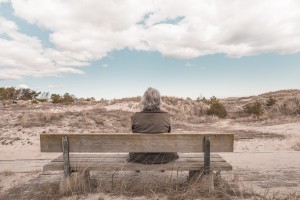 With any insight, the basic thing we realize is the truth.  However, we can have insights into two different types of truth: psychological truth and meditative truth.

Psychological truths are unique-to-us, story-based, and subject to change—like realizing our life’s purpose is to be a community leader, what our true values are or why we always seem to be late everywhere.  This is also referred to as relative or personal truth, and is often pursued in a therapy room.

Meditative truths are universal-to-everyone, nature-based, and will never change—like realizing that anger is merely a combination of fluctuating sensation, cognition and feeling, or that there’s a subconscious belief that gives rise to it.  Or, deeply seeing that “I am not my thoughts,” and how “I have profound choice on whether to indulge a thought or to let it pass.”  This is also referred to as ultimate or absolute truth, and is often pursued in meditative practice.

To this point in the series I’ve given two examples of insight.  One was about a community elder who realized that people were more important than possessions.  The other was about two people having insight into healthy eating.

Both of those were psychological truths.  While both situations present insights that many people could relate to, they don’t deal with the fundamental building blocks of consciousness.

To make the difference more clear, here’s an example of a romantic couple, Sally and Joe, who are trying to navigate their frequent relationship conflicts.  I’ll show how they could have a break-through by way of the two types of insight. 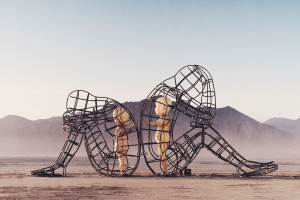 Previously, the feedback loop created by this pattern was a blind spot.  But by having a 5.0 psychological insight into the mechanics of the feedback loop, they are able to slowly break the loop through better communication skills, a few therapeutic tools, and a commitment to compassion.

In turn, their relationship is significantly improved.

After a year of regular meditation practice, Sally one day as an 9.0 meditative insight.

A few weeks later, Joe becomes verbally aggressive with her, and a familiar paralysis overtakes her system.  Every impulse says to withdraw.  However, her new-found mindfulness skills automatically detect faint hints of shame, fear and sadness, as well as the more obvious sense of frozen-ness.

Alongside that noticing, she has a deeper-than-thought knowing that while her paralysis, impulses and emotions have important messages, her core self is something even deeper.  In turn, she effortlessly remains composed, and stays present with Joe instead of going silent.  The feedback loop doesn’t even get started.

As she can reliably show up in this way, their relationship is significantly improved.

Imagine a relationship where both parties were this conscious! 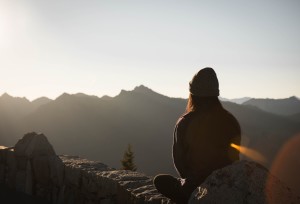 The Role of These Insights in Mindfulness Meditation

While both these insights are powerful and transformative, the real focus of mindfulness meditation is on meditative truth.  Sure, sometimes psychological insights will randomly come, and they are often worthy of our celebration.

However, there’s a time and place for everything, and when practicing meditation, our intention is to develop inner freedom and choice not just in one situation, like Sally and Joe breaking their relationship feedback loop, but in all situations, like Sally’s meditative insight that will apply to every waking moment of her life.

To put it another way, psychological insight maxes out at 8.0 magnitude, while meditative insight can hit the full 10.0!

The rest of this series will focus exclusively on meditative insight: