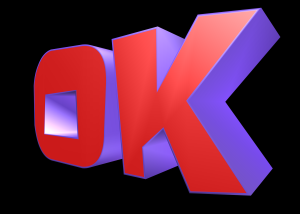 A friend and I were in Myanmar, sitting in the bus station lobby, ready for our 12 hour trip to Bagan.  After waiting patiently for an hour, the bus finally arrived and began letting passengers on board.

When we handed the driver our tickets—entirely written in Burmese—he looked at them, looked at us, looked at them again, and then said, “I’m sorry, you are on the wrong bus.  This bus is going to Bagan.  These are tickets for the bus to Mandalay.  It’s the complete opposite direction.”

As it turned out, the woman we bought the tickets from gave us the wrong ones; and, as the bus to Bagan was now full, we were stuck in the same town for another day.

On our walk back to the hotel we had already checked out of, I expressed some of my frustrations to my friend.  “We clearly asked for tickets to Bagan.  You remember that, right?  It’s challenging to travel somewhere you don’t speak the language.  A lot more is of out your control.  Ugh.”

I was a little irritable, but it was mild enough that I still had enough wherewithal to actively choose to accept the unpleasant situation:

After voicing my frustrations, I empathized with the teller and mentioned how she was really friendly, and how so many foreigners go to Mandalay that it’s actually an easy mistake to make.  I also recalled that nice little chai shop we would be able to visit again the next morning.  Mostly, I put the mishap into perspective—well, it looks like we have no choice but to spend the next 24 hours here, so we might as well look on the bright side!

As a slight contrast, my friend didn’t express a single word of annoyance, frustration or irritability.  When the bus driver initially told us about the mishap, my friend looked at him amiably, as if the driver had simply made a well-intentioned comment about the weather or the local sports team.

When we were walking back to our hotel and I was expressing everything from frustration to empathy, my friend looked me in the eyes, smiled, and said something so poignantly and heartfully that I’ll never forget it:  “here, there—it’s all the same.”

In attitude-speak, he had understood the underlying truth of the situation—that, ultimately, happiness isn’t about having pleasant things happen rather than unpleasant things; instead, it’s about seeing that on the deepest level, there is no such thing as pleasant or unpleasant: there is only this, and it’s perfect just as it is.

To put it another way, we both arrived at a place of non-resistance; however, we got there through two different routes—acceptance and understanding.

I sometimes think of these two routes as being like a leisurely stroll through nature.  In and of itself, strolling in nature is a joyful experience.  However, acceptance is a bit more draining—it takes more effort—like strolling in 90 degree weather, while understanding brings a deeper level of ease and relaxation, like strolling in 75 degree weather with a light breeze.

Basically, non-resistance is the most important thing, whether that’s through acceptance or understanding—however, the path leads more and more to finding joy wherever we are, no matter if we catch the right bus or not, not through enduring something unpleasant, but through seeing that fundamentally, everything is perfect just as it is.

As my friend said with so much tenderness and life, “here, there—it’s all the same.”