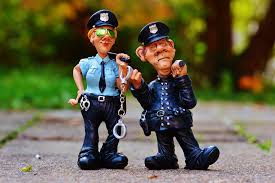 Note: These days, I don’t often write or even talk about politics, social justice or the state of the world — my focus is more on individual hearts and minds.

However, I used to be very involved in this arena.  Perhaps the climax was a year I spent living with an activist collective in Southern Mexico, doing social justice and community development work with oppressed peoples.  Since then, my views and thoughts haven’t changed much, just my approach/tactics (which you can see throughout this site).

In any case, last year I had an unfortunate encounter with the police that still occasionally cycles through my mind, so today I feel compelled to share the story, and some reflections I have on race, privilege, and what sort of reaction/feelings/intentions it leaves me with.  Here goes:

I rent an office space a couple days a week in a residential Portland neighborhood.  One day about an hour before dusk, a client had recently left, and I was sitting inside the office doing a little final computer work.

Suddenly, I head some aggressive banging on my door, as if with a twenty pound hammer.  I wasn’t expecting anyone, so I ignored it for a little bit.  But as the banging kept going, I went to the door to see what was going on.  As soon as I opened the door, I saw two police officers with a scary-looking canine.

They immediately begin interrogating me.  “Who are you?  What are you doing here?  How long have you been here?  Who owns the building?  Etc.

My first reaction was something between shock and bewilderment.  I was a bit in “freeze” mode.  I initially responded slowly, calmly and probably a bit scattered, “well….. This is my office.  I work here.”  And then collecting myself a little more, I said, “I’m a little confused right now – I don’t understand what’s going on, why you’re being so aggressive, or what I did to warrant this interrogation.”

Apparently, one of the neighbors saw the door ajar for a few minutes (I had gone to my car to grab something), and then saw me enter the building (a person they didn’t recognize), so they decided to call the police and report a potential breaking & entering.

The police then called my landlord – embarrassing – before showing up to investigate.

They wanted me to step outside, shut the door, and “prove” I was the rightful tenant, by locking and unlocking the door.

I didn’t feel particularly compliant.  I said to them, “I don’t understand why just because some neighbor has an absurd allegation, I have to submit to all your questions and “prove” myself.  I was minding my own business, and I didn’t do anything wrong.  This doesn’t feel right or just.”

We exchanged a few back-and-forths, and it occurred to me that if I just complied, they would leave me alone.  Inversely, if I continued to assert my civil rights, it would turn into a much bigger headache, and perhaps even compromise my tenancy.

In turn, I stepped outside, and did the door locking and unlocking, and then they left.

Afterwards, I had a dirty feeling inside, as if I had just been violated.  A little indignant.  I also felt hurt and sad: why does the world have to be like this?

And then I recalled my years of social justice training.  I recalled many conversations with POC friends, who expressed this sort of thing was the water they swim in.  Being singled out.  Confronted and interrogated on completely baseless accusations.  Not once a decade, but regularly.

Even further, I realized that never once in that whole interaction did I doubt that justice would prevail.  I was never concerned the officers would make up some absurd charge, rough me up, shoot me if I reached for my phone/wallet, or pick apart my words and try to discredit what I said.  I was very confident I was in the right, and that in the end, nothing bad would happen even if I pushed back a little.

Point-in-case: even though they initiated dialogue in a very confrontational way, after a minute or so, their undertones expressed something like, listen – we see you’re a clean-cut white male with standard diction, good communication skills, dressed nicely, etc.  – We don’t doubt you’re telling us the truth, but our obligation is to fill out a report on this, so can you just please “prove” yourself so we can all be done with this?

I reflected these are not undertones granted to most POC.  Instead, it’s a direct result of my privilege, and is something I often take for granted.

One of my closest friends throughout my college years – a black man – had often expressed a pretty deep fear & uneasiness whenever police officers got near him, drove behind him, approached him or spoke to him.  At that time, I never quite understood what he was talking about.

Over the years, as I started paying closer attention, I realized much more deeply where his fear came from.  It wasn’t made up.  It came through negative experiences he’d had, those close to him had had, and those he’d seen in the media his whole life.  Experiences like I’ve shared here, albeit happening not once a decade, but regularly.

And so we come to the point of the story.

This encounter gave me an appetizer-sized taste of what I imagine it’s like to be black in America.  I say appetizer-sized and not entree-sized because even though it was a taste of injustice, my privilege prevented it from ballooning into anything more – in spite of their aggressive words, they did actually treat with me a degree of respect.

Oddly enough, this “injustice appetizer” seems to have had a positive impact on me.  It’s increased my capacity for empathy and compassion, especially when it comes to discrimination or injustice.  In whatever way we can feel for ourselves the suffering in the world, it helps us serve others going through something similar.

While I’m not directly involved anymore in social justice movements, this experience has deepened my commitment to service & compassion, to helping out in whatever way I feel most capable.

Such is the path of the bodhisattva: to devote oneself to service, contribution and care – not because it sounds like a good idea, but because we feel compelled on a soul level.

p.s. If you don’t think the black experience in America is any different than the white experience, check out the below video.  I saw this years ago, and found it very alarming & illuminating.